"Next thing you know my tail is gonna fall off! That's just the sort of day I'm having." Eyeore from Winnie the Pooh or My Dog Mia?

MIA came from the RSPCA in a litter with four full on brothers, more Staffy with Pointy ears. Initially I though she was a lost Labrador Pup, because her ears were down. Later I found out she was just dejected. However from that day she can always be reassured by placing a hand on the side of her face and telling her everything will be OK. This reassurance lasts until the next bowl of food.

For a time we believed MIA actually stood for Missing In Action, because of her habit of finding a way out of the yard to checkout what the neighbours were up to. I mentioned this On Air and got an email from a listener he “reassured” me that they owned one of her brothers and he did that as well. Great, it’s hereditary, or a family of Jailbreakers?! These days she stays in the yard, unless she’s had too much of kids or visiting dogs and then she can be found sleeping behind the water tank.

She’s been a great guard dog, having seen one intruder off and supervised every tradesman that’s ever entered our yard. If you take her to the park, she ignores other dogs while she keeps an obsessive count of however many children we bought to the park with us.

But of recent years, I believed she’d reached her happy place. Until last week, she got a stick or a spider bite on her leg, that grew to a lump that had to be cut out. She took it all pretty well until after the operation when they put a cone on her head so that she wouldn’t chew the stitches. And now, emotionally we’re pretty much back to square one. At least you can fit your hand inside the cone to rest it on the side of her head and say “It’ll Be OK, in about ten days!”

To Quote Eyeore from Winnie the Pooh: “Next thing you know my tail is gonna fall off! That’s just the sort of day I’m having.”

Hear How I Discovered My Dog MIA Snores: terryhansen.com.au/what-tez-sez/

How to Announce an Award for the study of haploidentical haematopoietic T cell addback with little idea how to Pronounce it and Less Idea What it Means?! 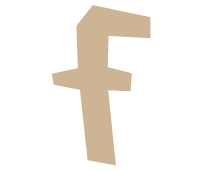